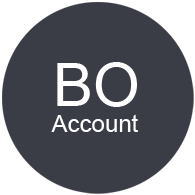 More than 28 thousand new faces have come in the market during last one month. The overall smooth condition of the capital market has been prevailed since last few months which attract those common people to the capital market.
A huge number of BO accounts were closed in June-July. The BO accounts were closed mainly due to the distribution of IPO shares under the new rules. But next month (August) new investors are starting to turn to the capital market again. However, the number was very low in August. Only 2,352 new investors opened BO accounts this month.
It is learned that at the end of July, there were 19 lakh 70 lakh 33 BO accounts in the capital market, which at the end of August amounted to 19 lakh 72 thousand 85. In other words, BO account has increased to two thousand 352 at this time. At present it stands at 19 lakh 99 thousand 736. Central Depository Bangladesh Limited (CDBL) sources said.
Talking about the issue, capital market analyst Professor Abu Ahmed said, now the overall market environment is good. For this reason, everyone is interested in the market. As a result, BO accounts are growing. In fact, it is normal for BO accounts to grow or close. Many people just open accounts for IPO shares, most of whom do not renew later. These accounts are closed. Again, if the market is good, new investors come to the market.
After the collapse of 2010, the capital market could not return to normal. Although I tried to turn around from time to time, the market fell again. As a result, ordinary investors have turned away from the market, which has been hit hard by the BO account. And if the market is good this year, many did not want to keep their accounts active in the IPO share issue for everyone. About 10 lakh BO accounts have been closed due to non-renewal in the last seven years.
As a rule, if you do not pay the BO fee in June, those accounts will be closed. But the accounts that have shares or money are not closed. According to Schedule-4 of the Securities and Exchange Commission’s (SEC) Depository (Practical) Regulations, 2003, a depository participant or investor is required to renew an account with an annual accounting fee at a fixed rate to operate a BO account.
Earlier, the fee was collected in December every year as a calendar year. However, in June 2010, BSEC changed the time for renewal of BO accounts and fixed June as the time to pay the annual fee. At this time the BO renewal fee was increased from 300 to 500 rupees. Subsequently, a circular issued by BSEC on April 17, 2011 imposed the obligation to renew the BO account by June 30. Otherwise, it will be canceled, the circular said. At present the BO renewal fee has been fixed at Tk. 450.
Earlier, it was expected that a large number of BO accounts would be closed this year due to the allocation of shares in the initial public offering (IPO) under the new rules. In fact, it has happened. At the end of June, more than one lakh 30 thousand BO accounts were closed. Later, at the end of July, another five lakh BOs were closed. Bangladesh could be a test case for end of dollar dominance